BLITAR, LENSAJABAR.COM — Officer of Operational Section (Pasiops) Kodim 0808 / Blitar Captain Inf Siswanto said the commemoration ceremony of the 100th anniversary of Fire, 69th Anniversary of Satpol PP and 57th Anniversary of Satlinmas made it a momentum to realize the struggle in maintain order and provide a sense of security for the community.

This was said by Pasiops Kodim 0808 / Blitar when he saw the attraction demonstration performed by members of the Satpol PP and Blitar City Fire Members after the ceremony was held in front of the Blitar Mayor’s office on Jl. Merdeka Blitar City, Monday (03/25/2019).

“Commemoration of the birthday we are doing today, of course we make it as a momentum for the means to continue the spirit of struggle.

Carrying out duties with full responsibility and professionalism as government officials to protect, protect the community in order to provide the best service to the community, “he said.

Furthermore Pasiops Kodim 0808 / Blitar also added “Thank you and give the highest appreciation to the Fire Department and members of the Satpol PP and Linmas of Blitar City, who have been working colleagues at District Military Command 0808 / Blitar in maintaining territorial security.

“Happy anniversary of the 69th Satpol PP, the 100th Fire Brigade and the 57th Linmas, hopefully in the future it will remain prosperous and successful in providing peace and public order for the people” he said. (Iwa).

Copyright 2014 lensajabar.com I By Lensa Digital I All right reserved. 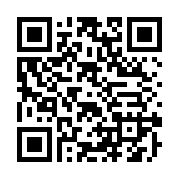